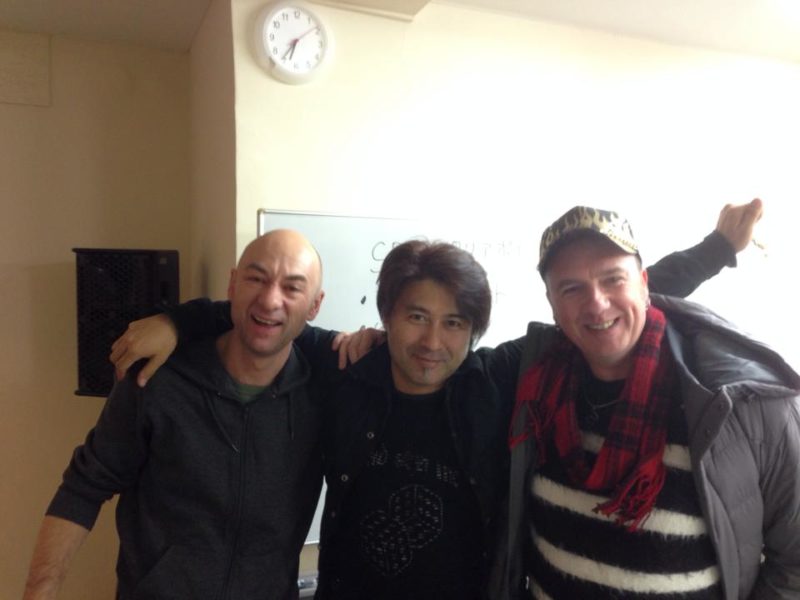 Prana’s founding members Tsuyoshi Suzuki and Nick Taylor started their career in Tokyo in 1990 before moving to London to pursue their musical careers. Their first productions were as the project Blissed, together with Tsuyoshi’s school friend Takehiro Tokuda, before the duo went on to release music under the name Taiyo. Soon after their extended EP on Step2House in 1994, they began to produce their first tracks with the project name Prana on Inter 1 Records and Dragonfly Records the same year. With multiple singles issued on Tsuyoshi’s own label Matsuri Productions, Prana put out their debut album “Cyclone” in 1996, cementing the group’s position as one of the pioneering projects in the Goa Trance movement.

When Nick Taylor moved to Australia in 1995, Andy Guthrie, a member of Banco de Gaia and Medicine Drum, joined Prana. The band released their second album “Geomantik” in early 1997, which was a smash hit in Europe, Israel, and Japan. They stopped their activities for a while after Tsuyoshi moved back to Japan in 2000 , but all three members came together for the first time for a special live set at the Matsuri Digital Countdown Party on New Year’s Eve 2013. Since then, they have had several live appearances and their greatest hits have been remixed by major artists new and old, so core Goa Trance fans are as enamoured by the project as ever.

Tsuyoshi and Andy are back in the studio and making new tunes in 2021 and touring with live sets again. Stay tuned for more music and appearances!

Error: (#10) This endpoint requires the 'manage_pages' or 'pages_read_user_content' permission or the 'Page Public Content Access' feature. Refer to https://developers.facebook.com/docs/apps/review/login-permissions#manage-pages and https://developers.facebook.com/docs/apps/review/feature#reference-PAGES_ACCESS for details.
Type: OAuthException
Code: 10
Click here to Troubleshoot.
« Back to Index