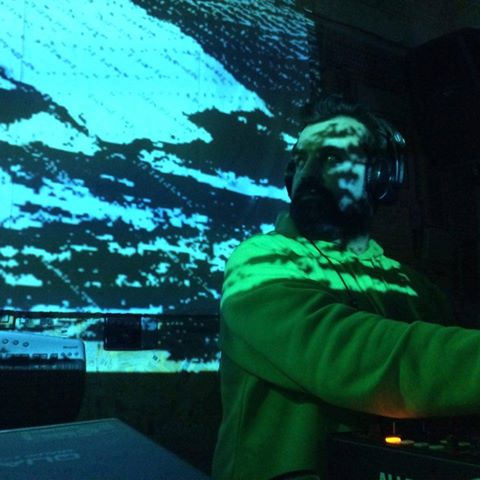 Owner of Freeze Magazine until 2013 that printed edition stopped , Freeze was the one and only magazine supported electronic dance music from 1999 In Greece . Owner also of IT Record shop in Athens till 2014 a record shop that marked Athenian scene with the exclusivity and events . He was also the organizer of the first almost ambient only festival in Europe ISLAND OF FIRE in The Island of Lemnos with acts like : Kay Nakayama , Youth , Abakus , Aes Dana , Solar Fields , Kenji Williams and more.

He was a Member and dj of Ultimae Records until May 2014.Stage and booking manager for festivals such as Aurora in Greece, and last but not least a outstanding DJ.

Fishimself creates unusual mixes of electronic music with a melancholic mood and mesmerizes the crowds with sounds of ambient, IDM, acoustic music, sometimes breaks and down tempo trance taking them on a original journey for mind and ears.

Frequent guest at the Mahamaya restaurant in Bern / Switzerland for whom he compiled the Mahamaya series compilations in 2009, also performed at many festivals such as Sonica reloaded / Italy, Source festival / Malta, the InSpiral Lounge / UK and Magnet in Turkey/Tree of Life /Lost Theory/Hadra/Synergy U.K./He is also known for his work as Stage and Booking Manager in Festivals like :Blackmoon Italy / Tree of Life /S.U.N/ and Earthcore Festival in Australia.

2015 played in Tokyo club Bonobo and Mind of Vision festival in Japan , Plus the great ZNA Gathering festival with the legends. Fishimself is also owner of The Place Made in Athens – named also as The Temple of Ambient Downtempo music for Europe. 2017 joins forces with Legendary Matsuri Records in Japan Tokyo as one of the main DJs for the Matsuri Chill dept.